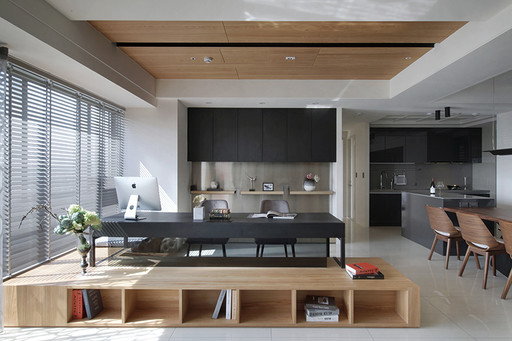 The public space covers the lounge, the dining room and the study with dark color tone as the performance; the large French window on the side allows the public space with an amplified visual effect, embracing urban sceneries outside of the window inside, further accentuating the modern urban style looks while having an open field of vision. 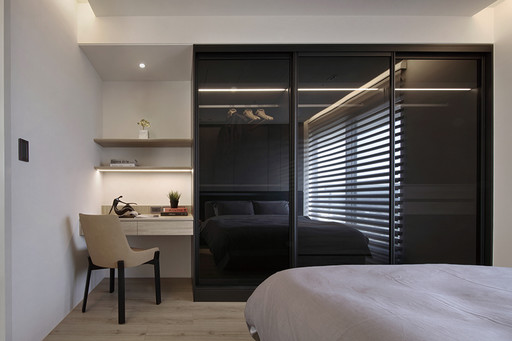 Since this project is a design project where two houses are combined into one, therefore, the designer rethought the layout planning in order to accurately arrange and plan the spatial layout. What is worth mentioning is the lounge and the study is designed on the same axis without a superfluous decorating interface, so that the functions may be continuous to obtain an open field of vision. The television wall is further reinforced within the space while separating the foyer from the dining room,thereby allowing the various areas to be connected visually but are in fact independent from each other. 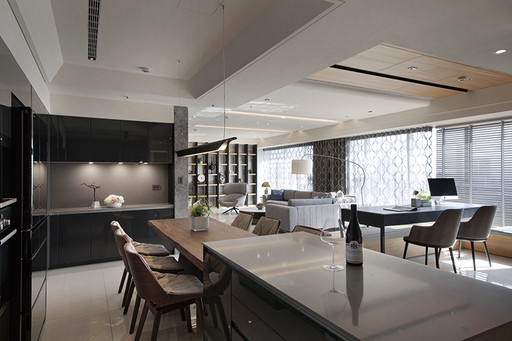 The views outside of the large and wide window correspond to the bright cleanness of the indoor, while the natural light projected to the indoor space blurs the existing border between the outdoor and the indoor as if swinging between virtual and reality; the spaces inside the house overlaps and varies due to the projected lights and shadows, such that one may feel the traces of time, allowing space and heart to stop here and take a small break. 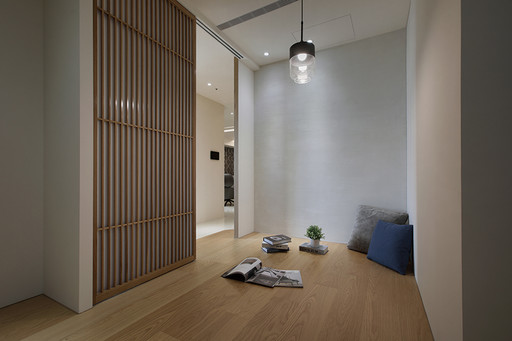