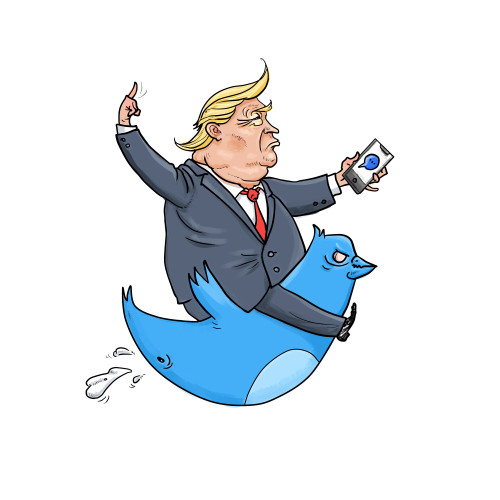 'Why I translate all of Trump's tweets into Chinese'

For at least four hours each day, Jeff Ding, 45, pays close attention to the Twitter account of @realDonaldTrump. Ding says his main motivation to maintain @Trump_Chinese is a strong belief that Trump is the most supportive president in American history for China's human rights. The Twitter account has translated all Trump's tweets for more than 100,000 followers. However, not all Chinese dissidents see Trump as a fighter for human rights.

"Trump started the trade war not aiming to promote freedom and democracy in China," says Teng Biao, a New York-based exiled human rights lawyer. Teng enjoys a large following on Twitter, but he thinks that he and those who are anti-Trump are in a minority among Chinese dissidents.

There's one thing that almost all of them agree on - when interpreting Trump's views on China, lines should be drawn between China the country, its people and the Communist government.

On @Trump_Chinese, "China" is often translated as "the Chinese Communist Party", especially in tweets where Trump is aggressively targeting Beijing. This reflects the dissidents' political thinking. "We're sons and daughters of China, not of Karl Marx and Vladimir Lenin," says Ding, calling it his guiding principle.